. . . things that catch my eye due to their beauty or potential for interpretation

Gordon began his interest in photography while attending high school in Australia, where he was given his first “real” camera. Upon returning to the States he enrolled in and graduated from Brooks Institute of Photography in Santa Barbara, CA. After graduating, he was offered employment in Kiel, Germany. These early experiences greatly influenced Gordon’s appreciation for the many sights, sounds and cultures of the world. 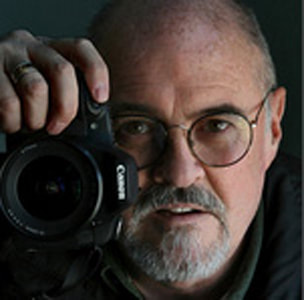 When Gordon returned from Germany he settled in Southern California, and was hired as Chief Photographer for a multimedia production company in San Diego. Clients included several national airlines as well as Rockwell International.

Eventually Gordon, along with one of the senior directors from MIP formed their own production company, West Coast Projections. Clients included IBM, Kelco (a division of Merk), IMED, Kyocera plus several national fast food restaurant corporations.

Now retired, Gordon is finally in a situation where he can rediscover himself and explore new areas that he had never found time for while producing work for others. He has also returned to his roots and once again is adding black and white images to his already-existing color portfolio.

Gordon has been honored by acceptance into multiple national and international galleries and has had his work published in a number of magazines and books.